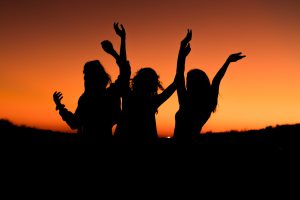 Fortnite was sued for using celebrities’ Right of Likeness by creating and selling emotes, digitized dance moves without the celebrities permission. Photo by Levi Guzman

Recently, online video game makers have been selling avitar custom modifications including various tools or weapons, skins, clothing and emotes such as a dances or player movements. Many players use these emotes as a way to celebrae or to simply have fun while playing the game. However, some of these emotes incorporate the likeness or image of famous celebrities. Recently, Epic Games (the makers of Gears of War and Fortnite) along with Take-Two Interactive (the maker of NBA 2K video games) have been sued by multiple celebrities for copyright infringement and for misappropriating their right of publicity and likeness.

Playing Fortnite might be child’s play, but winning a copyright infringement suit based on the dance moves will not be so easy. Generally, copyright can protect choreographic movements including dances and music videos. However, individual or generic dance steps or movements such as the basic Waltz, the Hustle or the Grapevine are more difficult. Basic positions, like Yoga positions are typically not covered under copyright law. Even though Fortnite was sued for dance moves, if they can prove that the emotes were simply short dance routines consisting of only a few generic or basic movements they may have a defense.

Fortnite sued for Dance Moves – Right of Publicity and Likeness

In California, the right of publicity protects a person’s right in their name or likeness. Basically, the law allows someone to protect the use of their name, likeness or other personal attributes without their permission. A person can sue another if they use their likeness without their permission commercially. This includes use in any advertising or promotional activity. Right of Publicity can extend to a person’s:

Likeness is the most likely portion which will be used to show that Epic and Take-Two are liable. The celebrities have the right to control how their likeness is used and not used commercially. Fortnight sued for dance moves in California who has tested the right of publicity and in many cases has found companies liable for the unauthorized use of an actresses or celebrity’s likeness.

It is estimated that Fortnite has over 200 million players and has generated between $1 billion and $2 Billion in revenue through in-game purchases such as emotes. In determining how much Epic and Take-Two are liable, the courts will need to determine the fair market value of their property right. For celebrities, this right will typically be more than for a typical kid on Youtube. However, Youtube actors be a celebrity in their own right. In determining the fair market value of the property right, the courts will typically look at the “going rate” for the appropriated use or endorsement. The court can in effect, create a contract under which the Epic and Take-Two must compensate the celebrities. In some cases, the court will look to see what the celebrity has commercially licensed his personality for in the past. They may also look to see if their are any prior endorsement fees which are relevant. While Fortnite is free to play, Fortnite may have a fee to pay if they lose this royal battle.

Contact our office to schedule a meeting about use of someone’s name, likeness or copyright infringement concerns.