Protection and Enforcement of Software Patents is on the rise as a result of recent changes at the Patent Office and from the Courts.  As a result, it may be a good time to protect your software with a Software Patent Application. 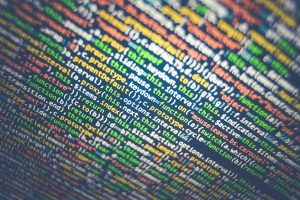 Software Patents can protect a computer based program against unauthorized use, sale or manufacture or import into the United States.Recently on the decline, they are returning as a valuable property right for companies and inventors.
Photo by Markus Spiske

Patents protect inventions if they fall into one of four general categories including processes, machines, methods of manufacture, and compositions of matter.  Neither software nor computer programs are explicitly stated as being patentable.  However, the U.S. Supreme Court has indicated that software can be protected by patents.  As a result, the U.S. Patent Office has issued patents for software based inventions.  In some cases, these software patents involved nothing more than a few lines of computer code, in other cases, they included thousands of line of code and processes or systems which were including and were preformed by a computer.

As a result of a lawsuit (Berkheimer v. HP Inc., 881 F. 3d 1360 (Fed. Cir. 2018)), the Federal Circuit and the Patent Office have issued new guidance to help patent applicants and litigants overcome barriers based upon arguments that software based inventions are unpatentable.

To be patentable, Software Patents must meet the same requirements as other inventions.  That is they must be:

If an invention falls under these categories, it is generally considered to be patentable subject matter.  However, even if it falls into one of these categories, laws of nature, physical phenomena, and abstract ideas are not patentable.  No one owns the exclusive right to a human or the sun for instance.

Software, at its most basic level is digital which means it can be represented by a bunch of 1S and 0s which exist as a result of an algorithm.  Because the 1s and 0s are based on a computer instruction, their is an argument that software as a mathematical algorithm is not patentable subject matter.

In a patent infringement case involving a Software Patent (referred to as Alice), the  US Supreme Court questioned the patentability of Software Patents. Alice Corp. v. CLS Bank Int’l (2014) into question when by holding that that patents involving computers must have additional elements capable of making them significantly more than an abstract idea themselves. According to the Court, the mere recitation of a generic computer cannot transform a patent-ineligible abstract idea into a patent-eligible invention. Within days, the USPTO issued new guidelines for Software Patents, indicating additional steps required to determine if software was capable of being patentable.

Historically, the percentage of patent applications rejected for lack of patentable subject matter was in the single digits.  Typically it was between 2 and 10%.  However, after Alice, it doubled.  Looking at software patents alone this number nearly tripled with the number of rejections for lack of patentable subject matter jumped up towards 90% from around 30% beforehand.  Alice has made it easier for patent examiners to reject software patent applications.  In addition to rejecting patent applications, enforcement of patents was dampened.  Since Alice, almost 60% of the trial courts and 90% of the appellate courts which have considered this issue have found that Software Patents invalid.   In 2015, after Alice, the USPTO reported a first time decline in the filing of Software Patents in the U.S.

As a result of the decline in Software Patent protection in the U.S., many companies have turned to international protection to protect and enforce their patent rights.  In addition, the courts have started to come back around and the USPTO revised its guidelines for reviewing Software Patents back in April, 2018 in which the Court indicated that parsing, comparing, storing and editing data, may be patentable where an additional element is present.  The new guidelines help understand what is necessary to determine if the additional element is well-understood, routine or a conventional activity. Based on the guidelines, unless the additional element is determined to be well-understood, routine or a conventional activity, then a Software Patent may be obtained.

If you have questions about obtaining a Software Patents, please contact our office to speak with one of our patent attorneys.