Recently, we discussed KC Chiefs football with our friends at KCTV5. They asked us about a recent image on Twitter which uses an iconic Superbowl image of Len Dawson in which he is smoking a cigarette and drinking a Fresca.  In the image, circulating around Twitter, Patrick Mahomes’ image was superimposed over the original photo by a social media artist.  Some of the issues raised by the commercial use of the image involve misappropriation of likeness and copyright infringement. 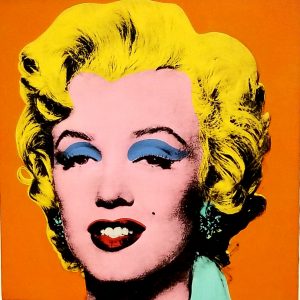 Misappropriation Artists, like Andy Warhol, have been around for a long time. Recently, social media artist have been using misappropriation to create memes and other images for a typically non-commercial use.

Creating art based on copying another original image is not new.  Andy Warhol was one of the first appropriation artists, famously creating images based on other’s images of Marilyn Monroe and Campbell’s Soup cans.  Today, misappropriation artists often create modified images for use as memes on social media.  Because use on social media is typically non-commercial these uses often fall outside of the protection of copyright law as a fair use.  For example, Richard Prince, a misappropriation artist creates artwork by copy images off Instagram and then transforming them such that they were entitled to protection as new, independent works of art which he then resells to others for as much as a hundred thousand dollars ($100,000).

In Missouri, Misappropriation of likeness occurs when someone uses your name, likeness, or identity, commercially without permission and the use results in a commercial benefit to the unauthorized party.  In the case of the Len Dawson image, the photo has become iconic with Len Dawson.   Certainly one may argue that the image convey’s Dawson’s likeness even with Patrick Mahomes’ image superimposed over the top.  The fact the the modified image was sold by a local clothing company on shirts, without permission from Dawson may be problematic.  Then again, Missouri may look to the predominant use of the likeness and determine that the use is not actionable because it’s primarily purpose is to promote the T-shirts to fans of Mahomes, Dawson and the Chiefs.

In the case of the the Mahomes’ image, the modified image ( or a similarly modified image) was printed on apparel and then sold by a local clothing company.  We will wait to see what happens next.  Lets just say that it is never a dull moment as an IP attorney when your football team is winning. Go Chiefs!!