On January 22, 2019, the Supreme Court ruled that a commercial sale of a chemotherapy drug to a third party who agreed to keep the invention confidential, was enough to trigger the On-Sale Bar and prevented the inventor from suing for patent infringement. The sale of the invention placed the invention “on sale” and because a patent application was not filed within one year of the sale, cause the inventor to lose its patent rights. 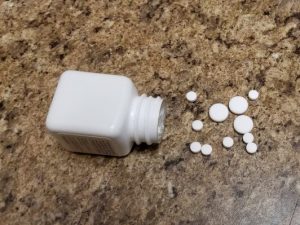 The Supreme Court recently determined that the Secret Sale of an invention prior to filing a patent rendered the patent invalid and thus was unenforceable in a patent infringement case.

The founding fathers of the United States created an incentive for inventors in exchange for the disclosure to the public of their invention.  Specifically, the United States Constitution promotes Science and the Useful Arts, by securing for a limited time to Authors and Inventors the exclusive right to make use and sale their invention during the term of their patent.  Under the Constitution, the United States created a federal patent system that rewards inventors for the creation and disclosure of their invention to Society.  As part of motivating inventors to innovate and enlighten society, while avoiding monopolies that stifle competition the federal patent system imposes several conditions on the ability to obtain a patent.  One such condition is the on-sale bar.

The reward of a patent is based on the fact that in order to be rewarded, the inventor must disclose a new invention in a patent application and the disclosure should be prior to offering the invention for sale or otherwise disclosing the invention to the public.  An inventor should not be allowed to remove something already known from public use by obtaining a patent covering that knowledge and receiving some type of monopoly.  To allow an inventor to patent something already known or publicly available would retard society versus promoting the progress of society.  As an example, if a inventor publicly sells a product embodying the invention and then later decides to obtain patent protection.  The patent would effectively allow them to exclude the product from society denying us the benefit of the disclosure of a new invention or technology.  A patent would stifle innovation by denying the public the right to compete or learn something new when the knowledge related to the innovation was already known and available to the public prior to the patent. Therefore, every patent law since 1836 has included an on-sale bar which prevents an inventor from filing for a patent on something the inventor already sold or made public.

Current U.S. patent law excludes someone from receiving a patent, or allows for the invalidation of a patent if one is issued, if,”more than one year prior to the date of the application for patent in the United States,” “the invention was … on sale” in the United States.  Previously, the Supreme Court reviewed the On-Sale Bar and determined that a sale or offer for sale of a product more than twelve months prior to applying for a patent invalidated a patent.  More than twenty (20) years ago, the Supreme Court determined that an invention was “on sale” when it was the subject of a commercial offer for sale and ready for patenting.  However, under the American Invents Act, a new phrase was added which excluded a patent if the invention was “in public use, on sale, or otherwise available to the public.”

Recently, the Supreme Court On-Sale Bar was reviewed based on the question whether the addition of “otherwise available to the public” limited the on-sale bar doctrine.  In the Helsinn Healthcare v. Teva Pharmaceutical case, the Supreme Court was asked to determine if a secret sale which made the product available for purchase for more than two year prior to filing for a patent, rendered the patent invalid.  The Supreme Court ruled that a secret sale of a product for more than two years invalidated the patent. Historically, the Supreme Court On-Sale Bar rendered a patent invalid based on a single instance of sale or use by the inventor.  The Supreme Court indicated that it was not public knowledge of the invention that precluded the inventor from obtaining a patent but public use or sale of it.  Secret Sales can also invalidate a patent.  If sales take place in secret and are only for the purpose of stockpiling the invention, the Supreme Court indicated that the patent can still be invalidated.  The inventors’s own prior commercial use, even if it is kept secret, may constitute a public use or sale barring the inventor from obtaining a patent.  In the Helsinn case, the Court indicated that based on the fact that the product was available for purchase and was generally known by others for two years, the patent was invalid.  By granting a patent for something already known and publicly available, society received no benefit from the patent and thus the patent was invalidated.  The lesson to be learned here is that applying for a patent should be done early.

Contact us if you have questions about the sale, use, or commercialization of a product prior to applying for a patent.