US Patent Protection for Cannabis Patents 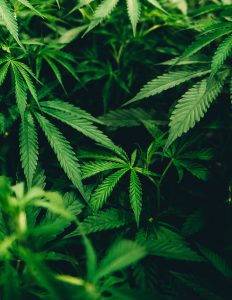 Cannabis Patent Protection and Enforcement is becoming more common as the deregulation of cannabis increases. In the U.S., Cannabis related inventions have been protected since 1942.
Photo Credit Matthew Brodeur

Cannabis, a schedule 1 controlled substance, is regulated in the United States as a narcotic.  Many states have and are legalizing recreational and medical use of the drug regardless of the fact that it is still regulated by the Federal Government.  However, the fact that marijuana is a schedule 1 narcotic, is irrelevant to patentability.

Cannabis as a naturally occurring plant was used as far back as 10,000 years ago as a textile plant and for medicinal purposes.  In fact, in the U.S., cannabis was widely used for medicine during the 19th and early 20th centuries and was described in leading pharmaceutical publications dating back to 1850.  However, increased restrictions and labeling of cannabis as a poison began in 1906 and outright prohibitions began in the 1920s. By the mid-1930s cannabis was regulated as a drug in every state, including 35 states that adopted the Uniform State Narcotic Drug Act. The first national regulation was the Marihuana Tax Act of 1937 which restricted the use and sale of cannabis on a national level.

Currently, the United States Patent Office will allow a cannabis patent if it meets the other requirements for patent protection.  Namely, it must be a new and useful process, machine, manufacture, or composition of matter, or any new and useful improvement thereof. For years the United States Patent Office has been issuing cannabis patents for cannabis-related inventions since 1942 (See US Patent No. 2,304,669) and has been issuing them ever since. Cannabis Patent Grants by the United States cover a wide-range of technologies, including cannabis plants, growing systems, extracts, methods of making extracts, foods, veterinary products, and methods of treating various diseases and disorders.  Even though the drug is illegal on a national level, the use of it has been subject to patent grants issued by the United States Patent Office for over 75 years.  Even the federal government has applied for and obtained a cannabis-related patent for therapeutic treatment using cannabis chemical compounds that are similar to THC, but without its psychoactive properties, allowing for medical treatment without the adverse side effects associated with smoking marijuana.  See US Patent No. 6,630,507.

The economic outlook of the cannabis industry is skyrocketing with many well-known companies like Coca-Cola, Pepsi, Budweiser, Heineken and Coors considering cashing in on the action.  In Canada, where cannabis has been legalized nationally, the sales, including medical and illegal as well as legal recreational products, is expected to generate up to $7.17 billion in total sales in 2019. In the U.S., the cannabis market is expected to generate $23.4 billion in sales by 2022.

While patents have been granted for patent related inventions, because of its illegal nature, patent enforcement cases against users, sellers or manufacturers of cannabis related products have been rare.  In fact, there have only been two cases which involve the enforcement of a cannabis patent and these were both initiated last year.

In July of 2018, United Cannabis Corporation (“UCANN”) filed a patent infringement complaint against Pure Hemp Collective Inc. (“Pure Hemp”) in the US District Court for the District of Colorado. In its complaint, UCANN, asserted that six of its claims covered by its patent (U.S. Patent No. 9,730,911) were infringed by Pure Hemp. The ‘911 Patent claims various liquid formulations of highly enriched extracts of plant cannabinoids and has seven independent claims. The independent claims describe “A liquid cannabinoid formulation, wherein at least 95% of the total cannabinoids” is/are (1) tetrahydrocannabinolic acid (THCa), (2) tetrahydrocannabinol (THC), (3) cannabidiol (CBD), (4) THCa and cannabidiolic acid (CBDa), (5) THC and CBD, and (6) CBD, cannabinol (CBN) and THC, respectively.

Because of the economic potential and the regulatory relaxation of cannabis as a controlled substance, the sky appears to be the limit for future cannabis patents and cannabis related inventions.