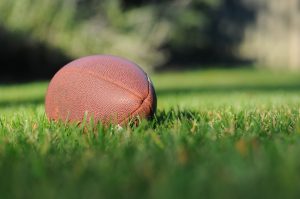 As we prepare for Football’s biggest game, it may be interesting to review Trademarks Dos and Don’ts in preparation for the Big Game.
Photo Credit Ben Hershey

We were thankful to Kansas City Chiefs for making this year an exceptionally exciting football season as they made it to the AFC Championship Game this year.  Now its time to turn our attention to the most watched football game of the year, the Super Bowl.  As we get our party hats, dips and beverages together, it may be interesting to revisit the status of Super Bowl trademarks and see what we can and cannot do with them.

As most people know, the Super Bowl is NFL’s championship game. The game is the final game for the 2018-2019 football year. The Superbowl uses roman numerals to separate each years game from the prior years and has been played since 1967.  The game was created by Lamar Hunt, the owner of the Kansas City Chiefs as a part of an agreement between the NFL and the AFL.  The Pittsburgh Steelers have the most Super Bowl championship titles, with six. The New England Patriots have the most Super Bowl appearances, with eleven.

The NFL originally trademarked the phrase “Super Bowl” in 1969 and over the years they have trademarked other uses of the phrase including SUPER SUNDAY, PRO BOWL, ARENABOWL, SUPERBOWL CONCERT SERIES, SUPER BOWL XL, and NFL SUPER REGIONAL COMBINE.  This doesn’t include the team name, uniforms, logos, player names, player likenesses and trophies.  The NFL has succeeded in many law suits related to their trademarks, in federal court cases and before the Trademark Office.  They are not shy about going after someone using one of their trademarks.

Last year there were over 114 million people who watched the Super Bowl.  That is approximately one-third of the population of the United States.  The average cost for a Super Bowl ticket is over $7,000. Because of the value of the mark and visibility of the people watching the game, many companies pay a premium to be listed as an official sponsor of the SUPER BOWL.  This year, the cost a television ad during the Super Bowl is expected to be more than $5 million dollars, not including the cost to produce the ad. During the game, 1.38 billion chicken wings will be eaten, 10 million pounds of ribs will be sold, 4.5 million pounds of potato chips and 51.7 million cases of beer will be sold.

Trademark Do and Don’ts

In short, the Super Bowl is an American Holiday.  However, the ability to use the term Super Bowl for commercial purposes is very controlled by the NFL.  The NFL is known for going after companies or individuals selling or using the term SUPER BOWL.  In many cases, businesses side step the use of the term Super Bowl by referring to the game in generic terms such as The Big Game, The Pro Football Championship and even in some cases, Superb Owl.

Regardless of which non-Super Bowl term you use, we hope you have a great weekend and enjoy the Big Game this Sunday!