What is a Design Patent?

How can Design Patents be enforced? 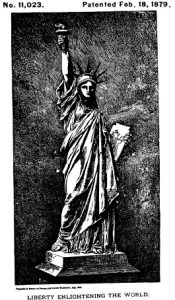 The owners of a Design Patent have the right to stop others from making, using, selling or importing into the US any products which incorporates the patented design.  To enforce your rights, typically you would have to go to Court and seek an injunction or go to the International Trade Commission and seek a Section 337 investigation and if successful obtain an exclusion order limiting the shipment and sell into the US of an infringing product.  Although these ITC “section 337 investigations” can be effective, they can require extensive work and are often expensive for patent owners.

For example, some of these ITC cases can take between 15-18 months to resolve and the average cost to bring an ITC complaint through post appeal procedures can vary between $1.5 Million and $4 Million.  This is still less expensive than a comparable patent infringement case, which can range between $2 Million and $6 Million and take several years (or more) to conclude.

What can inventors do to stop Design Patent infringement?

Earlier this month, the Senate introduced a bill—the Counterfeit Goods Seizure Act of 2019—to allow for an expedited enforcement process to stop the infringement of products protected with a Design Patent.  If it becomes law, the US Customs and Border Department (CBP) will be allowed to seize counterfeit goods that infringe intellectual property rights, specifically design patents, at the border. If this bill passes, Design Patent holders can finally have a meaningful option to stop the counterfeits (which are estimated at over $1 Trillion) from coming into the US.

Currently, trademark holders and copyright holders can use the CBP to stop counterfeiting products covered by trademarks and copyrights.  But Design Patents holders are not able to use the stream-lined CBP procedure to enforce their rights.  The proposed legislation will allow design patents to be added to the list of intellectual property that CBP can enforce.  This will allow Design Patent Holders to enforce their patent rights at the border to limit the flow of counterfeit goods into the US.

If you would like to discuss enforcement of your Design Patent please contact one of our patent attorneys.