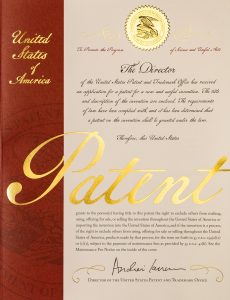 The 10th Million Patent was issued on June 20, 2018 to Joseph Marron for a “Coherent LADAR Using Intra-Pixel Quadrature Detection,” which relates to lasers.  This milestone in U.S. patent history truly shows that we are standing on shoulders of those who have come before us.  According to the USPTO, the 10th Million Patent shows that the U.S. patent system helps society progress through human ingenuity as referenced in the Constitution through Article III section 8, in which Congress was called on to “promote the Progress of Science and useful Arts.”

“Never before in history has innovation offered the promise of so much to so many in so short a time.” – Bill Gates

Throughout our history, encouraged by the U.S. Patent system, innovation has fueled amazing economic growth in our Country. Our growth is based on the development and often improvement of others.  We are standing on shoulders of those whose inventions has helped us and furthered our society.  With a 225-year history of awarding patents, it is amazing to realize that in just thirteen years between 2001 and 2014, more than three million U.S. patents were issued.  Over the years, as society has changed, the patents issued to our inventors has changed.

According to the USPTO, the new cover design, incorporates a design, typography, and printing, is a “forward-looking, contemporary take on the significance of what the document represents, with a particular emphasis on the value of a patent and its role in the future of our economic and cultural growth.”

As we celebrate the 10th Million U.S. Patent, lets remember what Sir. Isaac Newton said to Robert Hooke in 1675: “If I have seen further, it is by standing on the shoulders of giants.” 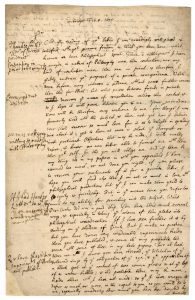