Trademark law protects your business against confusion, which can be created by Forward Confusion, Reverse Confusion, Passing Off and Reverse Passing Off.  If this occurs, a trademark infringement lawsuit may be necessary to protect your business. 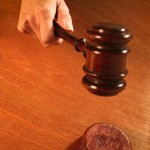 Trademark law functions as a type of unfair competition law and protects businesses against competitors stealing customers or harming the goodwill of the business by creating confusion.

Trademark law covers a business’s brand, slogan, logo and packaging and it may be enforced federally (under the Lanham Act) or on a state-by-state basis under existing state laws.  If a business is likely to loose customers or looses customers as a result of confusion between competitors, then the business may be able to bring a trademark infringement action under the Lanham Act.

In general, the first user (referred to as the senior user) has superior trademark rights over the later user (referred to as a junior user).  If necessary, the senior user can file a trademark lawsuit to stop the junior user from causing confusion.  This confusion can be as to source, affiliation, sponsorship and endorsement between the competing companies and it can occur before the sale, at the time of the sale or after the sale has occurred.

However, there is a second type of confusion — Reverse Confusion which may also infringe a trademark.  In a reverse confusion situation, the junior user creates customer confusion but in reverse.  In contrast to the example above, the customer’s mistakenly think the senior’s users goods or services come from the junior user.  This may happen for example, when the junior user dominates the market with goods or advertising.  In such a case, the senior user’s brand loses value because it may become associated by the consuming public with the junior user instead of the senior user.