Great Patents On this Day

On this day, January 3, in patent history, Marvin C. Stone invented the paper drinking straw.  Prior to Stone’s invention, people used to drink beverages from rye grass or other hollow reed grasses.  Marvin Stone, a civil war veteran enjoyed mint tulips. However, drinking mint tulips from musky grasses ruined the flavor of the drink.  As a result, Stone came up with the idea of using paper to form a straw.  After a few attempts at drinking from the paper straw, Stone decided to coat the paper with paraffin to help it avoid becoming a mushed up blob.  Using the new invention to drink mint tulips at a local bar, Stone’s invention became a huge hit with the local crowd. 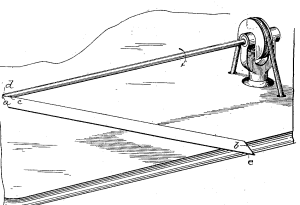 If you would like to discuss patenting your invention, schedule an appointment with one of our patent attorneys.