Computers are now capable of helping with many of our daily and routine tasks. Computers are also being used to solve some of our most difficult and complex problems. In some cases this is done without human interaction as part of an artificial intelligence system. Recently, the USPTO said these computers are not inventors entitled to patent rights. 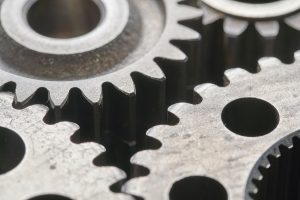 The USPTO determined that AIs like Watson, DADUS and the fictional SkyNet can not qualify as inventors who are entitled to patent rights. Patents are given to human inventors, not computers.

SkyNet was a fictional artificial intelligence network which wiped out the world in the popular Terminator movie franchise. Once considered an impossibility which was reserved to science fiction books and movies, like Terminator, Artificial Intelligence (AI) is now a reality. AI is impacting the daily lives of most humans. AI has the potential to improve the lives of almost everyone on the planet by improving manufacturing and production efficiencies and creating savings in production, commerce, transport, health care, medicine, education and food production. It is these types of developments which patent systems are designed to encourage. Patent laws encourage growth of society by granting inventors rights to their inventions.

Artificial Intelligence (AI) is the utilization of software and/or hardware which can learn to solve complex problems, make predictions or undertake tasks that require human-like senses (such as vision, speech, and touch). AI is all around us and plays an active role in our daily lives. Most times when we surf the web, look through Facebook, make a purchase online or type a document, AI is involved. The ability of a machine to work and imitate human behavior is a feature of AI. A common AI application is Google. As you type a search phrase into your computer Google tries to complete the phrase. AI is used to help predict what you are going to type. Typically, AI involves using historical information to predict future behavior.

The broad scope of new products and services that utilize AI technologies suggest that it has the potential to fundamentally change how people perceive the world around them and live their daily lives. This is the essence of progress. This is what happens with innovation. It is suggested that AI is poised to revolutionize the world similar to the way the steam engine and electricity impacted society.

Recent development with AI has shown that it can learn how to perform complicated tasks, prove mathematical theorems and engage in artistic efforts such as composing musicals and creating artwork. AI has been able to evolve from just a set of pre-programmed computer instructions to a computer which is capable of “learning” and preforming new tasks and creating new works. One example is the Creativity Machine which was developed by Stephen Thaler in 1994. The Creative Machine uses a collection of on/off switches to program itself without human interaction. Another example includes IBM’s Watson, a computer system which can generate ideas based on a data collection and prediction. A third example, is the Invention Machine created by John Koza which uses genetic coding to create new inventions.

To qualify for patent protection, an inventor must file an application in the Patent Office based on an invention which meets the following four requirements.

However, under existing US Patent Laws, only an inventor or an owner of the patent can apply for the patent. In the US, the term inventor is defined as an individual who invented or discovered the subject matter of the invention. Under existing patent law, the patent can be obtained only by the inventor or discoverer of any new and useful process, machine, manufacture, or composition of matter, or any new and useful improvement.

Based on a patent application filed in 2019, the United States Patent Office (USPTO) recently ruled that an AI computer cannot be an inventor. In 2019, DABUS was listed as an inventor on two patent applications. DABUS stands for a device for the autonomous bootstrapping of unified sentience. DABUS, was the name of the artificial intelligence system created by Stephen Thaler. DABUS had created the inventions autonomously, without human intervention.