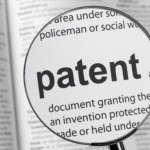 IBM Patents add almost 1.2B to IBM’s revenue.  That’s 1.19 billion dollars to IBM’s revenue as a result of its intellectual property licensing.  This also includes 82.5 million which a jury recently awarded to IBM in a patent infringement suit against Groupon for infringing four of IBM’s e-commerce patents which were awarded back in the 1980s.

Here is a copy of the Jury Verdict.   IBM-jury-verdict

Originally, IBM requested 167 million dollars for patent infringement of its four e-commerce patents.  At the conclusion of the trial, the jury determined that Groupon willfully infringed each of IBM’s four patents.  Groupon failed to prove that the IBM patent claims were invalid, that Groupon had a license to one of IBM patents or that the IBM patent rights were exhausted as a result of a license to Facebook and Google.  As a result of the jury award, the judge may increase this award even more.

IBM has been one of the biggest names in the patent world. Most years, it files and for the last 25 years has received the most patents out of any company in the United States.  IBM patents represent a large investment and last year it cost IBM $6 billion.  That is a lot of money to make more computer software, methods and devices.  Most of the biggest companies in America pay a license to IBM for IBM patents, including Amazon, Google, Facebook, Twitter and LinkedIn. This was the first patent case IBM has had to take to trial in the last 25 years and was the first patent case it has taken since the patent laws were change to make it more difficult to bring a patent infringement case.