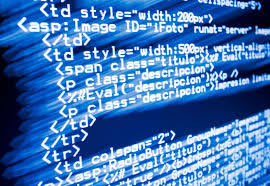 Computer code is not mentioned as being patentable under the 35 U.S.C. 101.  However, mathematical algorithms have been excluded from patent protection and computer code was historically believed to be unpatentable since it fundamentally relied upon a mathematical process.  In the 1960s and 1970s, the U.S. patent system struggled with protecting computer programs.  However, in 1998 the top patent law court in the U.S., applying criteria from the U.S. Supreme Court, determined that software is eligible for patent protection in a case referred to as State Street.  Since then, the courts have held that computer-related inventions may be patented.

Since that ruling, U.S. businesses, individuals and courts have been busy developing and protecting computer software and other computer related inventions.  However, in a cited court ruling from June 19th of this year, the U.S. Supreme Court issued a ruling on the patentability of computer software.  In Alice Corporation Pty. Ltd. v. CLS Bank International, 134 S.Ct. 2347 (2014) The U.S. Supreme Court held that a software patent with claims directed to an abstract idea which was implemented on a computer, is not patentable.

The U.S. Supreme Court’s analysis for software patents followed a two-step approach. In the first step, the claim must be analyzed to determine if it is directed to patentable subject matter such as an abstract idea, a law of nature or a natural phenomenon. If so, in the second step, the court must consider whether the elements of the claim both individually and as a combination add enough additional elements to “transform the nature of the claim into” patentable subject matter.

Applying that analysis, the Court found that the software patent at issue claimed an abstract idea. The Court then concluded that claiming a “computerized” implementation of the abstract idea did not transform the idea into a patentable invention. The Court treated both the claims directed to a system as the method claims and held that by simply adding generic computer components to the abstract idea did not create a patentable invention.

While the ruling held little direct guidance for patent attorneys wishing to draft an enforceable software or computer related patent, the Court’s decision does offer some small slivers of insight as to what types of computer and software inventions may be patentable; such as inventions which claims to improvements on the functional aspects of the computer or improvements which effect another technology or technical field.  It is also worth noting that the claims at issue in the patent were limited to financial transactions which are concepts “long prevalent in our system of commerce,” in which three of the justices would have supported a blanked exclusion to business methods.