The NCAA Board of Governors announced that beginning 2021, Student Athletes will be able to make money for endorsement deals involving use of their Image and Likeness. 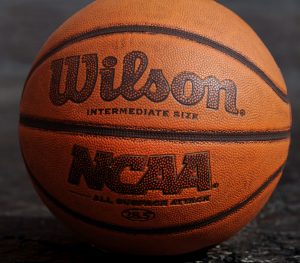 The NCAA announced that they will allow for athletes to receive compensation for their Rights of Publicity. Photo Credit Ben Hershey

The announcement resulted from years of litigation and legislative hearings involving the NCAA’s profiteering off of student-athletes. The announcement appears to be a compromise by the NCAA over the ability of student athletes making money off of their likeness.   The announcement appears to also be in reaction to the rising tide of frustration between NCAA on one side and several states along with the federal government on the other side.  The frustration seems to be based on what some may regard as mismanagement by the NCAA over its endorsement and licensing deals.  These endorsement and licensing deals include use by the colleges and conferences along with licenses  with third-parties, including video game makers.  In the past, the NCAA received payments for the use of student athlete’s intellectual property rights in their image, name and likeness. In the past, the NCAA prohibited the student athletes from receiving any income, even after they graduated or left the college.

The NCAA overseas over 500,000 student athletes and in the past has placed severe restrictions on ability of the athletes to earn money.  The NCAA has also contractually prohibited student athletes from earning any money for use of their Rights of Publicity, including for their name and likeness.  While the NCAA has historically limited athletes from earning compensation, the NCAA has been receiving significant compensation for years off of these publicity rights.  They earned income off of endorsements and licensee fees for the use of student’s likeness in video games and online.

On Wednesday, April 29th the NCAA announced that it will change its long-standing policy of prohibiting student athletes from earning money off of their image and likeness.  With the policy change, the NCAA appears to be supporting changes to allow student athletes to earn compensation for endorsements, social media and other businesses and personal appearances.  The student athletes will be able to identify themselves by their school and sport, but will not be able to use the logo of the teams.  The change is expected to take effect at the start of the 2021-2022 academic year and the changes will vary based on which NCAA division is involved.

Based on the announcement, the NCAA may start to allow student-athletes to be compensated for the use of their name and likeness in connection with endorsement deals, like:

Since allowing promotions and third-party endorsement deals is in uncharted territory, the NCAA has not indicated if they will be imposing a monetary cap on  student-athletes endorsement deals.

Earlier in the year California passed a law which allowed athletes to profit from the use of their name, image and likeness.  Afterwards, 25 other states have started working or passed legislation to authorized payment for use of an athletes image or likeness in endorsements and third-party use.  Image the chaos of each state enacting different laws regulating the use of student athlete’s Right of Publicity.

As a result of the impending chaos Jerry Moran, a Senator from Kansas and the committee chairman of the Commerce Subcommittee on Manufacturing, Trade, and Consumer Protection conducted a hearing in February, 2020. The hearing was related to use of Name, Image, and Likeness. During the hearing, Sen. Moran voiced his concern and criticism against the NCAA.  During the hearing, the NCAA was criticized for their mishandling student athlete’s Right of Publicity.

As pointed out by Sen. Moran, Kansas has been very active in student sports and the NCAA.

The University of Kansas won 14 straight Big 12 men’s basketball titles and the women’s soccer team just won their first Big 12 title last year. In my hometown of Manhattan, Bill Snyder revolutionized college football at Kansas State University – a legacy that has been continued by current coach Chris Klieman and Athletic Director Gene Taylor. And who can forget Wichita State’s Cinderella run in the NCAA Men’s Basketball Tournament in 2013. In addition, Kansas City was the national headquarters for the NCAA for 45 years before they moved to Indianapolis.

At the hearing in February, the NCAA was criticized for their mishandling and lack of decisiveness in resolving and adopting fair and uniform rules for the Rights of Publicity for Student-Athletes.