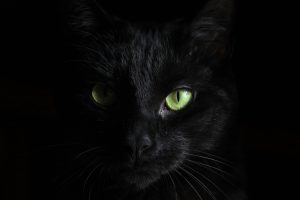 An artist sued Batman actor, Val Kilmer over golden covered weeds. “Always be yourself, unless you can be Batman, then always be Batman”

One of my favorite quotes goes something like this, “always be yourself, unless you can be Batman, then be Batman.” Well, when it comes to copyrighting weeds, I would rather be Batman.

Copyright covers original works of art in a tangible form of expression. This includes visual, textual, literary, musical, pictorial and architectural works. Copyright Law protects artist from the unlawful copying of their artwork. Copying can be shown by direct evidence of the copying. Copying can also be shown by substantial similarity and access to the original work. In both cases, it must be alleged that the work was unlawfully copied, reproduced, performed, distributed, displayed or derived. Copyright Law does not protect machines, inventions, processes, ideas or works of art which are independently created.

While I am not sure what the court will do, I suspect the case won’t go well for the artist. This is based in part on the fact that Copyright Law doesn’t protect against independent creation and doesn’t cover ideas of creating artwork. Copyright protects against use of the original artwork, not against use of an idea of an original work of art. In all fairness, there may be other facts which aren’t yet developed or indicated in the complaint which may help the artist. While I typically chose the side of the artist, in this case, I am choosing the side of Batman.

If you have questions about Batman, Copyright Law or a Copyright lawsuit, please contact one of our attorneys to schedule a meeting.