How to Patent an Idea 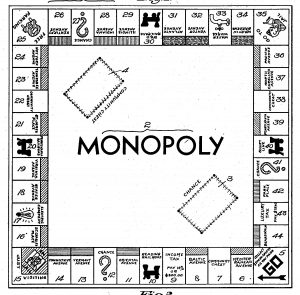 Converting your Million Dollar Idea into a Million Dollars, is not easy, or likely. However, the following four steps can help you protect your idea. Commercialize your Idea. This often involves figuring out what you are going to sell. Research Your Idea. See if it is already done or even possible to do. Protect Your Idea and then Make Money.

Making money off of your million dollar idea, can be rewarding, but it is not easy. Often times, to become successful, an inventor must build a business around their new product idea, or they must sell their idea to another company. Making millions of dollars off your first idea takes a lot of work and luck.  Most inventors do not make Millions off their invention; however, using on our experience, we would be happy to help you protect your idea.

Protecting your idea with a patent can be scary if you’ve never done it before. Taking an idea from the conception of the mind, a mere thought, to a patentable invention requires a significant investment of time, resources and money.  In some cases it may be helpful to research your idea, find out what type of success it will have or find out who your competition is.  In some cases, you may want to create drawings or a prototype to test your invention and then make changes based on your research.

The road to success is not quick or easy.  But it can be worth it.  There are few things more rewarding than to become successful based on an idea you created. The following 4-steps may help you learn how to patent an idea.

The first step in protecting your idea is to develop a commercial use for the idea.  How will you make money from your idea?  Will you develop an app?  Will you sell a product?  Will you license your idea to others and charge them a fee for using your idea?  Will you build a business and charge others a fee for using your idea or will they simply buy a product which contains your idea?  Figuring out how you will make money from your idea can help determine what type of protection you need and how much you should spend on protecting it. Also, technically an idea is not protectable.  However, you can  you will need to transform your idea into something which can be protected, like an idea of a new product, an idea of a new process, or an idea of a new system.  Once you move from an idea to something which can be protected, you will want to make sure you don’t disclose the idea.  You may also want to consider using a non-disclosure agreement to keep the idea confidential.

The second step in how to protect your idea involves researching if the idea is already out there or if someone else is already making, using or selling a product based on your idea.  In the United States, in order to protect an idea with a patent, the idea must be patentable, useful, novel and non-obvious.  That means it must be new.  If someone else already patented a product based on the same idea, then your idea may not be new.  Research can help determine if your idea is new, useful and non-obvious. At this point, it would be helpful to have an attorney review your idea and your proposed invention to see it is a million dollar idea.  The attorney can also conduct a patent search to see if it is new or someone else has patented the invention.

The third step in protecting your idea is to patent or protect your invention.

A patent is a grant from the USPTO that gives an inventor exclusive rights to his or her invention.  If you patent your idea, you have the right to prevent others from making, using, offering for sale, and selling the patented item or idea in the U.S.

There are three types of patents, a Design Patent, a Utility Patent and a Plant Patent.

Most people think that Utility Patents are the best, but what is best for you will vary based on what is important to protect.  Once a patent application is filed for any of these types of patents you can claim patent pending.

The cost of a patent can vary depending on the type of patent and the complexity of the invention. In many cases the cost can vary from as low $1k to $20k or more for really complex patent, like software patents.  While you don’t need to hire an attorney to file a patent application for you, hiring an experienced patent attorney to help with the patent process is a good investment for protecting your million dollar idea.

Making Money from your Idea

After filing a patent or protecting your idea as a trade secret, you may want to make money off your idea.  Many times this is accomplished by licensing the idea to others.  If the idea is covered by the patent application, you can license your idea and collect royalties based on your license agreement or sell your idea and collect a fee based on the sale.  Another option would be to manufacture and sell your product or offer your services to others and use the patent to stop other from selling or making products or services which violate your patent rights.  By doing this, your patent can allow you to prevent others from making or selling covered products or services.

There are many paths to making money off of that million dollar idea, but most of the roads require protection of your idea.  If you would like help, our experienced patent attorney would be happy to help you learn how to patent an idea.