So you have a great idea. 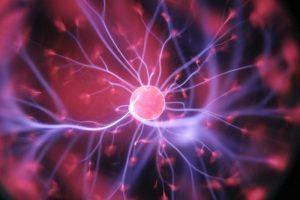 Having a great idea is the first step towards making money from an invention. The second stop is actually figuring out who is going to pay for it and getting them to pay. Without adequate protection, someone could steal your invention. Because few people make money off an invention, it is often the most difficult and most rewarding part of the patent process.

An idea which will change the world.  Your idea makes the world a better place, improve everyone’s way of life while being profitable.  You create a prototype and prove it works.  The numbers show that your invention will make millions while costing very little.  A large company, one of the most recognized in the industry agrees to meet with you.

The parties discuss an agreement involving payment of royalties in exchange for a license. The large company agrees to draft and send the license agreement for review.

After the meeting no calls are made and no agreement is sent.  Weeks go by and nothing.  They are radio-silent.  All communications stops.  Calls aren’t returned and follow-up emails are ignored.  Months later, the inventor learns that the large company filed a patent on the invention and started commercial development of the invention without paying the inventor or making any effort to enter an agreement to license the invention.

On facts similar to these, a lawsuit was filed against Goodyear Tire and Rubber Company claiming Goodyear stole trade secrets and violated a non-disclosure agreement by filing a patent application on an invention invented by another which was disclosed to the Company confidentially.

Making Money from an Invention

Using a patent attorney to prepare a patent application, is not cheap.  However, filing a patent will help protect the inventor when a company violates a confidentiality agreement.  If a patent application is timely filed, not only will the inventor have the possibility of enforcing the agreement or collecting money from them for their violation, but they can also enforce their patent rights against the Company.  If you are interested in discussing your invention with a potential licensee, contact one of our patent attorneys to discuss how to protect you and your invention.