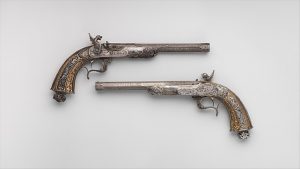 Patent Infringement occurs when someone makes, uses or sells a product which is covered by a patent.  One of the main benefits of a patent is the ability to exclude others.  A patent gives the owner the right to stop someone from infringing their patent rights.  However determining what you are entitled to when someone violates your patent, is very difficult.

The law is a balance between encouraging an inventor to invent and allowing society to grow.  Encouraging the investment of time, cost and ingenuity of an inventor required to invent something new is rewarded by granting them a patent which covers the invention and grants them an exclusive right to their invention for a limited time.  The registration is a reward for the inventor inventing.  Society grows as a result of the invention because everyone can use the invention after the patent expires.  The law also provides a mechanism for protecting and enforcing rights related to an invention, although contracts can also be crafted which also protect an inventor in certain situations.

Remedies for Patent Infringement include:

Generally, the law allows an inventor to enforce it rights by stopping any infringing use and obtain payment for any damages suffered by the unauthorized use of the patented invention.  Typically, the court will stop the infringement through an injunction which is an order issued by a court which can be temporary or permanently prevent the infringer from making, using or selling the product.  In addition, the court may allow the inventor to collect money for any losses suffered as a result of the infringement.

Patent infringement remedies are typically awarded as a result of a lawsuit filed in federal court against the infringer.  Alternatively, the parties can agree to settle their dispute through arbitration.  When the infringing goods come from outside the U.S., the International Trade Commission (ITC) may also help resolve the dispute.  However, no compensation for past infringement or attorney’s fees are available in an ITC proceeding.

To determine how much to compensate the inventor for the infringement, there are traditionally three models for measuring compensatory damages.  These include lost profits, established royalties, and reasonable royalties.  Remedies for Patent Infringement may include:

If this is not possible, labels bearing the notice should be applied to the packaging for the articles. In the absence of this marking, actual notice of the specific patent must be given to an infringer, and damages can then only be obtained for infringements after notice.

If you have any questions or need assistance in determining the appropriate patent infringement remedy,  contact one of our patent attorneys today at 913-345-0090.