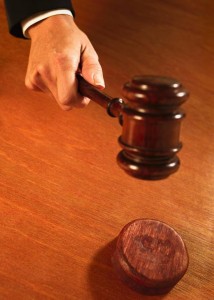 In a controversial ruling, the 9th Circuit found that an actress had an independent copyright interest in her performance within a short film – a finding directly contrary to the majority view. Or at least, that is how many are interpreting the Court’s opinion. The unique facts of the case help explain the decision.

The dispute stems from an actress’s (Ms. Garcia) small role in a film. The film never materialized, and instead, Garcia’s scene was used in an anti-Islamic film titled “Innocence of Muslims.” Her brief performance was partially dubbed over so that she appeared to be asking, “Is your Mohammed a child molester?”

As expected, this caused outrage among Muslims. An Egyptian cleric issued a fatwa, a religious order that called for the killing of everyone involved with the film, and Garcia personally received numerous death threats. She responded by moving into a new home, relocating her business, and asking Google to remove the video from YouTube.

Garcia filed a total of 8 takedown notices under the Digital Millennium Copyright Act. Google refused to comply, so Garcia applied for a temporary restraining order seeking removal of the film from YouTube claiming that the video infringed her copyright in her performance. The district court treated this as a motion for preliminary injunction, denied it, and the denial was then reviewed by the Court of Appeals.

In its review, the Court stated that in granting or denying a preliminary injunction, four factors must be considered: a plaintiff’s likely success on the merits, the likelihood that irreparable harm will result if an injunction doesn’t issue, and the balance of equities and the public interest. Most of the controversy in the legal community revolves around the Court’s conclusion that Garcia is likely to succeed on the merits or in other words, she does in fact have an independent copyright interest in her performance as an actress.

The Court’s rational in reaching its determination is flawed. As the dissent points out, an actress’s performance typically doesn’t qualify as a copyrightable work and even if it were, Garcia wouldn’t qualify as an author. To qualify for a copyright, a work of art must be fixed in a tangible form of expression and a performance itself it not fixed. It may be recorded, but then the recording artist would have the copyright because they “fixed” the work in a tangible form of expression. In this case, the actress, did not fix, but merely preformed something, which was fixed and recorded by someone else, not her. While some states allow for a right of publicity, giving an actress the right to control use of their name and likeness, the 9th Circuit had specifically denied this right in the past. Another way this could have been handled is through contract, where the actress maintained the right to control how her image was going to be used. However, this wasn’t done in this case.

This case is an example of the Court doing what needed to be done. The Court was aware that something had to be done and in the end, found a way to achieve the necessary result, which was to remove the film. Here the Court ended its irreparable harm analysis with the statement, “To the extent the irreparable harm inquiry is at all a close question, we think it best to err on the side of life.”

Somewhat aware of its faulty analysis, the Court, limited the use of this rare case as precedence by stating, “[w]e need not and do not decided whether every actor has a copyright in his performance within a movie. It suffices for now to hold that, while the matter is fairly debatable, Garcia is likely to prevail.” So in the future, especially with all of the digital editing tools available, every actress or actor should make sure there is a contract in place which limits the use of their image in a way which is different from what they expect, or at least allows them to remove it if they receive a fatwa as a result of their performance.

If you have any questions regarding any potential copyrights, please feel free to contact our offices.