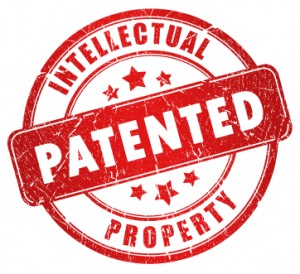 America is based upon the concept that all people are created equal. In the U.S. we have a history of succeeded where others have failed and have developed an attitude of problem solving and innovation which every other country has admired and unsuccessfully attempted to imitate. In the U.S. we have a spirit that is often referred to as American Ingenuity, and simply means our citizens have taken what is available and improved upon it to develop something new, great and useful. As a country, we have succeeded based upon this our spirit and our ingenuity. In the U.S., one of our biggest assets is our ingenuity and innovation. Often these ideas come from small independent inventors. This has been known and intended since the time of the writing of the U.S. constitution. In fact, as an incentive to inventors, the constitution grants these inventors a monopoly right in exchange for their innovation. As a result of this, over the last two hundred and thirty-eight years or so, the U.S. has developed millions of inventions, technologies and improvements which the rest of the world uses, copies and sells. However, recently, the government at the request of lobbying efforts has changed the incentives for innovation which are designed to protect individuals in favor of large companies. The new laws are a disadvantage to individual innovation.

Now, Congress and the Senate are considering additional changes to the U.S. Patent system under the self-titled “Innovation Act.” Despite is wonderful sounding name, this law is also drafted against independent and individual inventors. If passed, this law will change how a patent holder can enforce their patents by creating a loser pays all system to once again intimidate and prevent a patent holder from seeking justice for patent infringement by these large companies. Among the proposed changes, the new law if passed will;

– Make inventors who no longer own the patents but retain a financial interest in the income from the patent, fully liable for attorneys’ fees when the actual patent owner loses in court, even when the inventor has no role in the decision to sue the infringer;

– Allow the courts to become involved in the patent process even if the Patent Office has already confirmed the patent validity;

– Increase the cost and time for patent litigation by changing the way the discovery process works in patent cases.

In developing and lobbying for the American Invents Act, the media cried that the patent system is broken. They created patent trolls and reported that it was horrible that these trolls unjustly targeted large companies in order to extort large sums of money.

Well, most of the time these cries begin with a large company who has been sued for patent infringement and was found to have infringed a valid patent. They complained about the large verdict which they are ordered to pay by a court based upon the outcome of the patent infringement litigation. However, what the media chose not to report was that prior to the lawsuit, the patent holder often attempted to resolve the dispute for a fraction of the amount eventually obtained. This was after years of work and costs to bring the suit.

Prior to the litigation, the large company refused to settle the dispute and instead forced the patent owner to file suit using the court system, while the large company continued to make money and hire a large law firm to defend the suit. What the media often ignored was that most patent infringement cases can be resolved without litigation and often for much less than they are able to recover once they have been found liable for patent infringement. The large companies in effect chose to gamble using the court system that the patent holder would run out of money or lose rather than negotiate a reasonable settlement.

The media often hears about the large verdicts only after the large company played a form of litigation “chicken” with the inventor; betting that the patent holder wouldn’t actually sue. In a small percentage of cases, the inventor does sue and in some small percentage of those cases, they actually win. In a few cases, they actually collect a lot of money based upon a jury determining they are liable for patent infringement and award a large verdict.

Well, to address the perceived problem, Congress and the Senate passed and President Obama signed legislation to increase the burden on the ability of inventors to enforce their patent rights and to reduce the chances, as remote as they are, that these inventors will prevail or that if they do, that they won’t recover a large verdict for enforcing their patent rights. While the legislation was artfully titled American Invents Act, it should have been called America Uninvents Act in my opinion. Among the changes which the law presented was the switch to a first to file system. The first-to-file system, is used by the rest of the world and is known to create a race to the patent office as opposed to a race to create innovation, which the old U.S. system was fashioned to create. In a first to file system, the first inventor to file a patent application is given priority over an earlier inventor. While America has been historically been a key innovation country, decreasing the incentive of innovation may alter America’s dominance in this area. While the impact of the changes will take generations to measure and determine, is it really worth the risk that it will decrease America’s innovation spirit?