In the face of Apple’s billion dollar victory against Samsung, Design Patents are changing how Branded companies look at protecting and enforcing their IP rights.

The billion dollar judgment brought to the attention of businesses everywhere, but especially those focused on building and developing their intellectual property, that a design patent has strong value. Previously, the design patent was rarely referred to by businesses and their patent attorney’s. As part of its intellectual property portfolio, Apple’s Design Patents are integrated with its other IP and in the wake of Apple’s substantial victory, businesses are rethinking their strategy.

“Utility patents get all the play,” said Carani, chair of the industrial design committee at the American Intellectual Property Law Association. “They’re used more in pharmaceuticals and electronics. Attorneys have not really understood what design patents are about.” 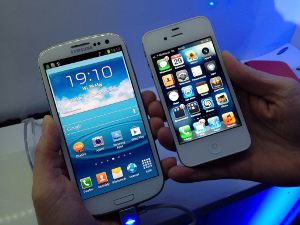 Apple’s (iPhone) sued Samsung (Galaxy) over the similarity between the two smartphones. Originally, a billion dollars was awarded based in part on Apple’s Design Patents.

In layman’s terms, a design patent protects the outside of an invention, like its shape. A utility patent, which is the traditional patent typically focuses on how something works or how it is used. Design patents protection is not as extensive as a utility patent, however, their cost and the patent success rates are more favorable. While, they have traditionally been less expensive, the view was that they weren’t very valuable and would not help prevent a company from stealing another company’s intellectual property.